The historic venue that’s held the ecstatic dancers in Oakland for over a decade has welcomed thousands of dancers and hosted countless great musicians since its inception in 1923. The original architects from Schirmer-Bugbee have left behind a legacy through their vision to create a space designed for dancing, with a 10,000 square foot sprung wood floor. The building was originally constructed as an investment for Mr. and Mrs. J.E. Hassler for $80,000 ($1.2 million in 2019 if adjusted for inflation). In the early years, the bottom floor housed a rug store. The upstairs ballroom initially began as Wilson’s Dance Academy. A year later, it was taken over by William Sweet and his brother Eugene. It seems William was bitten hard by the dancing bug, as he left a job as an agriculture professor at the University of Berkeley to spend the next 45 years bringing dance and music to the residents of Oakland.

The history of Sweet’s Ballroom can be confusing because the original building at 1933 Broadway (now called Sweet’s Ballroom) was renamed seven times, and the name Sweet’s Ballroom was used for four different ballrooms in Oakland that the Sweet brothers operated from 1920-1965.

To clarify, here are the ballrooms William and Eugene Sweet operated in Oakland:

Here is what the ballroom at 1933 Broadway in Oakland has been called over the years:

In early 1935, Benny Goodman and his struggling band had been one of three orchestras featured on NBC’s Saturday night radio program. Goodman was not heard until the last hour at 9:30 pm on the west coast, which is 12:30 am on the east coast.

Between the end of the Let’s Dance radio series in May of 1935 and the band’s opening at the Congress in Goodman’s hometown of Chicago, the band suffered one defeat after another. Nevertheless, the band forged ahead and made their way to the west coast to start a new tour, albeit discouraged from the measly response on the east coast. On Monday, August 19, 1935, the Benny Goodman Orchestra played with trumpeter Bunny Berigan, drummer Gene Krupa and pianist Jess Stacy for a single night appearance at McFadden’s Ballroom in Oakland. To their surprise, the dance floor was completely full and the crowd went wild. Two days later, at the Palomar in Hollywood, the band was greeted by another full ballroom and wild crowd, and had a successful three week run at their stay in Hollywood, igniting the start of the Swing Era.

Radio had made the difference. Earlier that year, the crowd at McFadden’s and at the Palomar had heard Goodman’s band on the Let’s Dance radio program. The coastal time difference enabled west coast listeners to hear Goodman three hours earlier than listeners on the east coast heard the show. The west coast had been groomed for the Benny Goodman Orchestra.

During the Big Band Era of 1935-1945, the swing music was an inspiration that helped guide Americans through World War II and the post war recession. “Sweet’s ballroom was open seven nights a week, even having a band playing for the multitude of workers finishing up the swing shift and ready to start another “swing” shift on the dance floor.” ¹

In his memoir, Eye from the Edge, author Reuben Llamas shared, “Oakland in the early 1930s had many a band stop at Sweet’s and entertain all the citizens of our city. The big sounds were swing, jitterbug, jazz, rhythm and blues, and big band. Sweet’s dance hall had the atmosphere of a classy dancing spot. During the 1940s, the big bands would draw crowds from all over Oakland. These were the swing years. A lot of Mexicans and Blacks would attend these dances with the big bands. The music was what the youth wanted. The intermingling of the people happened naturally. White, Mexican, Latino, and Black all got along. They were there for fun and dance.”

When the ballroom closed in 1979, “People had lost faith in downtown Oakland. Downtown was considered a violent, undesirable place,” noted Lowrance, an event producer. When Lowrance and her boss, theologian Matthew Fox, discovered the vacant Sweet’s Ballroom in 1998, it was littered with debris from the adjacent Emporium Capwell department store. They were seeking a permanent home for Matthew Fox’s techno cosmic mass events, which combined techno music, dance, and rituals from various faiths and cultures. Fox’s nonprofit, Friends of Creation Spirituality, purchased the ballroom, which was in danger of being torn down. Lowrance then received a $10,000 city facade grant to help revamp the building’s exterior, and along with a sizeable volunteer crew, cleaned and revamped the inside of the ballroom and started hosting dancers in the space once again after a nearly 20 year hiatus. Fox sold the building to Uptown Broadway Partners in 2002. ³

For more info and to purchase tickets, go to https://ecstaticthrowback.eventbrite.com 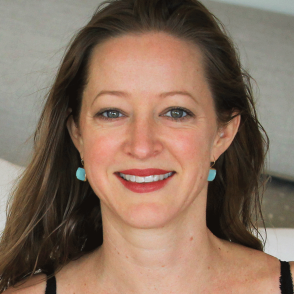