I had some thoughts on Dubstep*, Trap** and Ecstatic Dance.

I hate Dubstep and Trap and I don’t care much for heavy bass music, but I kinda had to change my mind. My “feel” has a different opinion than my mind. I should have known that I would eventually change my mind, because in every music genre, there are good and well executed tracks and there are shitty tracks. Some genres are mostly shit and some are mostly good, but there are gems everywhere.

I thought Dubstep and Trap were aggressive music genres produced for 17 year old boys with too much testosterone and no one to fuck, who gather in dark places, all facing the speakers with their backpacks on and their hoodies up. Dubstep and Trap are genres known for irregular and jerky beats, high rises and deep drops, lots of effects and crazy, crazy sounds. Sometimes total chaos and a lot of noise.

I first heard Dubstep in the underground scene. Underground sounds are often extreme and mostly appeal to a select group of connoisseurs.

Trap came to me via mainstream media. To be honest, again I could have foreseen that I might have been wrong on my hatred of Trap, because most music released though main stream channels is directed at hormonal teens. Since it has been a long time since I was a hormonal teen, it naturally does not appeal to me.

I’m a hormonal mid-lifer, with a lovely, balanced, long term relationship with almost no drama, and a lot of support and mutual understanding. Most mainstream music about the painfulness of love, hot desire that is not reciprocated, game playing lovers and betrayal is so far outside my current reality, it just makes me laugh.

At the beginning of 2000, DJ UMB (Una Musica Brutal) was putting out amazing Dubstep mixtapes on his blog and on Soundcloud. All his mixtapes were warm music with a heavy ethnic touch. At that time, my personal music explorations went into a different direction. My music taste back then was really happy, happy, bouncy, bouncy with a lot of brass and horns. But a seed must have been planted by DJ UMB.

Fast forward to present time. At the WOMEX conferences that I attend almost every year, the best musicians, producers and DJs in World Music, Global Bass, Ethnic House and music made from the roots get together for showcases, presentations and celebrations. Fueled by my favorite substance: raw cacao and sometimes the readily available and appropriate amount of alcohol plus the desire to dance even if the music is not my taste, I was dancing to Global Bass, Global Dubstep and Global Trap. And it was great! It was social and it was fun. No teenagers in dark basements scenes at all! I experienced fun, laughter, and joy while dancing.

Last year in Goa, I was introduced to Dubstep and Trap at Ecstatic Dance. This music that I intellectually despise was working really well for me on a non-thinking-level. The dancers around me responded to it like crazy—like the release valve had popped off the pressure cooker. Arms, legs, movement everywhere… And my body, probably infected by the movement of others, responded in a frenzy!

“You traitor,” I thought to my body. “I don’t like this music.” My body responded, “That’s what you think. Try to not think. Just feel!”

I surrendered to the dance and explored the music through movement.

The music’s rhythm and bass invited me to make big, bombastic movements. Very staccato. Common movements literally look like people are pointing out their territory. Some people move very open—pounding their chests and showing themselves off. The words “macho” and “macha” come to mind. Movements are often in an outwards direction. Some movements are very aggressive. Some people move like breath—in and out, in and out. When you get a group of people together moving like that, it’s the most beautiful thing to see and to move with. The dancers become like one big breathing organism, united in dance.

At Psy-Fi Festival in 2018, I had the most transforming and deepest dance floor experience of my life. CloZee, the Queen of Tribal Trap was creating beats live with so much skill and visible joy. She is a master storyteller, using music as her tool. She took my dance to places where it had never been before. That night, I fell in love with Clozee.

On the circular dance floor, people were dancing like one moving organism, breathing in and out. It was incredibly moving and healing. On that dance floor, I sweated my intentions, felt the deepest gratitude for my life and happiness, experienced acceptance for what was not flowing well in my life, danced out pain, and even healed some. I was breathing, crying, smiling, laughing, standing still, feeling, and dancing alone and with others.

Dancing to Dubstep and Trap often looks insane on a good dance floor that embraces the music. Arms and legs are everywhere and the dancing almost looks like some epileptic seizure—irregular, shocking, unpredictable moves. For this dance, dancers truly have to be out of their heads and in their bodies, because the mind cannot direct such craziness on a conscious level. It’s the ultimate letting go of everything.

As a DJ, I’ve slowly been incorporating Dubstep into my Ecstatic Dance sets, and it has been working like crazy. I was worried it wouldn’t be accepted by my usual crowd, but it went down like juicy sweet cakes.

You can find DJ Polyesta’s music on soundcloud, find out more about her on her website, or learn to DJ from her at the Ecstatic DJ Training.

*Dubstep
According Wikipedia, Dubstep is a genre of electronic dance music characterized by sparse, syncopated rhythmic patterns with bass lines that contain prominent sub-bass frequencies. The style emerged as an offshoot of UK garage, drawing on a lineage of related styles such as 2-step and Dub Reggae, as well as Jungle, Broken Beat, and Grime. In the United Kingdom, the origins of the genre can be traced back to the growth of the Jamaican sound system party scene in the early 1980s.

Towards the end of the 2000s and into the early 2010s, the genre started to become more commercially successful in the UK, with more singles and remixes entering the music charts. Music journalists and critics also noticed a dubstep influence in several pop artists’ work. Around this time, producers also began to fuse elements of the original dubstep sound with other influences, creating fusion genres including Future Garage, the slower and more experimental Post-Dubstep, and the harsher Electro House and heavy metal influenced Brostep, the latter of which greatly contributed to Dubstep’s popularity in the United States.

**Trap
According to Wikipedia, Trap is a style of hip hop that was developed in the late 1990s to early 2000s in the southern United States. It is typified by double or triple-time sub-divided hi-hats, heavy, sub-bass layered kick drums, layered synthesizers and an overall dark, ominous or bleak atmosphere and lyrical content. The term “Trap” referred to places where drug deals take place. In the 2010s, artists crossbred Trap with Dubstep to create Trap EDM. 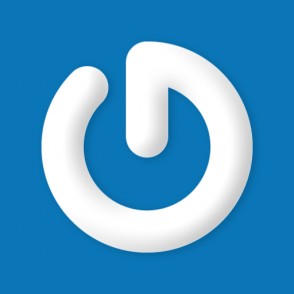 Get your free guide to dancing online! Plus receive news directly in your inbox. 

Get your free guide to dancing online! Plus receive news directly in your inbox. 